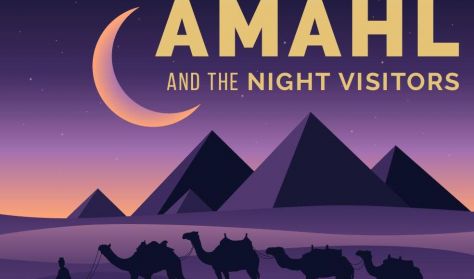 Amahl and the Night Visitors

In 1951, Gian Carlo Menotti was commissioned to compose the first opera for television by NBC and decided to tell the tale of the Magi from

his childhood holiday tradition. Amahl learns about charity, mercy, faith and hope in the span of a cold night when he and his mother find

themselves unexpected hosts of a group of kings on their way to pay homage to a baby in Bethlehem. The cast will be composed of university

A Funny Thing Happenned on the Way to the Forum